Sweden becomes first country with its own phone number * Get connected to a random Swede and talk about anything.

Got any burning questions to ask about Sweden? Here’s your chance. On Wednesday it became the world’s first country to get its own phone number.

Here’s how it works: anyone based outside of Sweden* can dial the so-called ‘Swedish Number’. When they do, they’re transferred to a random Swede who has signed up via an app (iPhone, Android ). 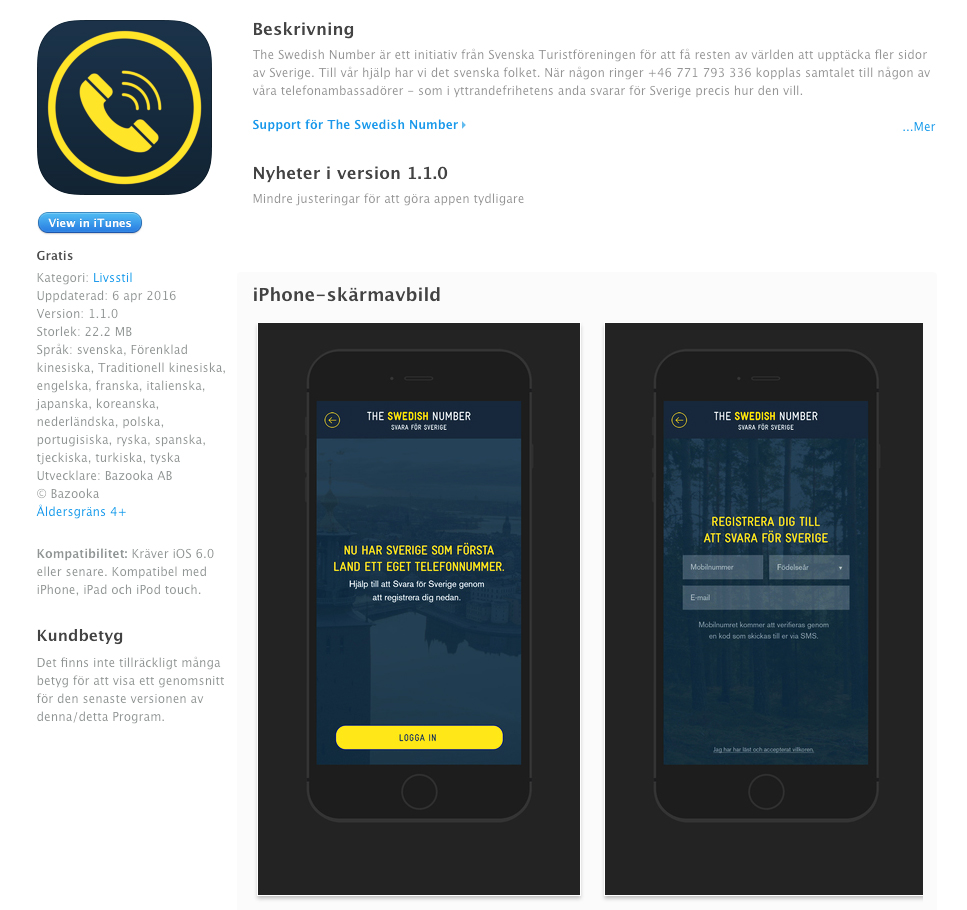 What happens next is up to the caller and the Swede, but the basic idea is to promote Sweden abroad and that foreigners should get a chance to have all their Sweden-related questions answered by real people rather than tourism officials.

“We want to show a unique and genuine Sweden – a country worth visiting, with the right to roam, sustainable tourism and a rich cultural heritage,” said Magnus Lind, CEO of the tourism association, in a statement.

“We also want to create pride and knowledge about Sweden, nationally as well as internationally.”

According to the organization, the campaign, which will see an unlimited number of citizens sign up for a set period of time to answer the same national phone number, is the first of its kind.

“In the digital world we live in the real conversation becomes ever more important. That’s why we’re giving the Swedes the opportunity to, as the first country in the world, get their own phone number (…) which gives all citizens a fair chance to express themselves and offer tips about what to do here,” said Lind.

Are you living in Sweden and would like to answer calls for Sweden?

Download the app ”The Swedish Number” from your phone’s app store.