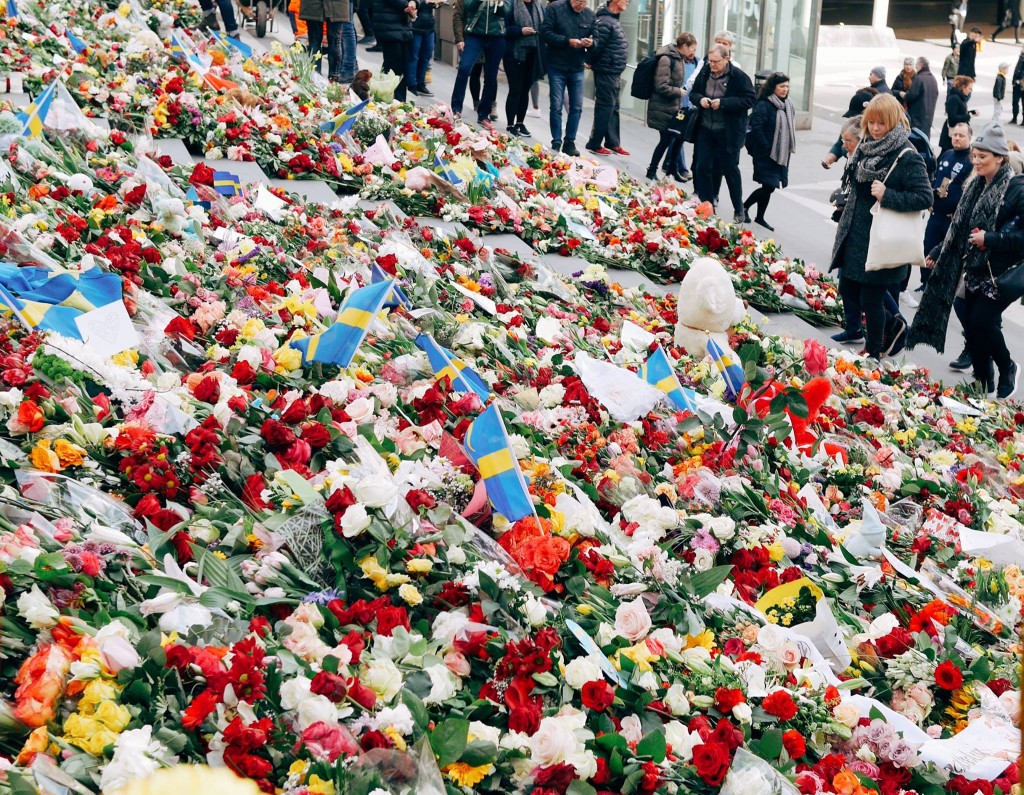 More than 20,000 people stood united against terrorism Sunday at a “Lovefest” vigil in Stockholm, two days after a truck attack on a busy pedestrian street killed four people.

Under sunny spring skies, crowds thronged the Sergels Torg plaza, a stone’s throw from where a stolen truck mowed down strolling shoppers before slamming into the facade of the bustling Åhlens department store on Friday afternoon.

A carpet of flowers, candles and stuffed toys left by mourning Swedes decorated the steps to the plaza.

“I think it’s very important to stay strong together against anything that wants to change our society, which is based on democracy,” said Marianne, who gave only her first name and came with her elderly mother.

Another woman in the crowd wearing a headscarf held a sign reading: “We don’t respond with fear, we respond with love.” 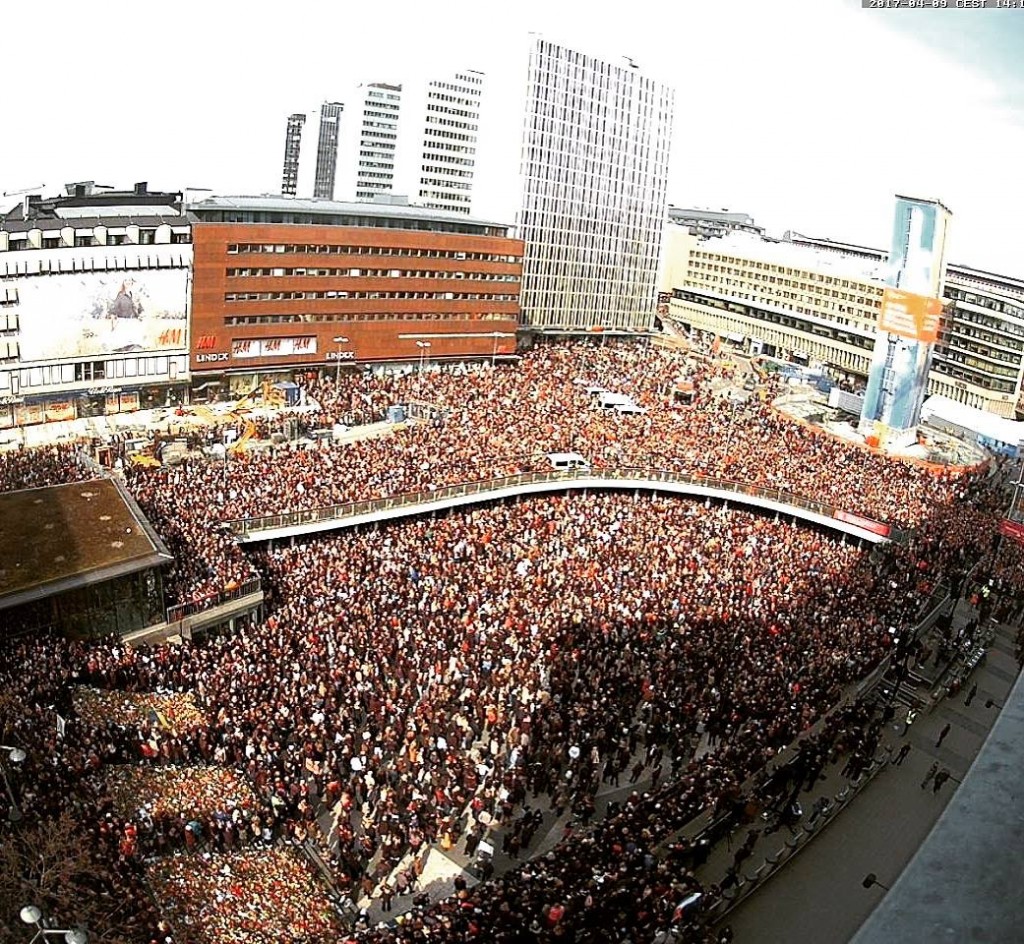